Share a memory
Obituary & Services
Tribute Wall
Read more about the life story of Anita and share your memory.

Anita Maryanne Belding (nee Kurzenberger) of Silverdale, Washington, age 84, passed away peacefully on November 22, 2022 after a brief battle with cancer.

Anita was born in Milwaukee, Wisconsin in 1938 as the only child of German immigrants Karl and Erna Kurzenberger. In 1952, her family moved to Denver, Colorado where Anita attended high school. In 1960, she graduated from Colorado College with a B.S. in medical technology and got married that same year.

After college, she worked as a medical technologist and lived for a year in Cleveland and two years in Panama before settling in Seattle with her husband (Mel Belding, divorced) and their two boys, Mark and Greg. Seven years later, the family moved to Kitsap County where Anita lived ever since.

Anita developed a love for nature and the environment that was born of time spent hiking, backpacking, and skiing with her family. However, it was her passion and talent for all things textile that defined much of her identity. Whether sewing, knitting, weaving, or quilting, Anita’s attention to detail and eye for beauty animated the creations that she wore, gifted to family and friends, and donated to charitable causes.

More than what she did, though, Anita was known for her generosity, kindness, and sense of humor (and, to some, her driving). Over the years she committed her time and talents to organizations like the League of Women Voters, Hospice, and the Linus Project, while participating actively in gatherings of friends who shared her interests, including sewing and quilting groups, bridge groups, and book clubs.

A devoted mother and grandmother, she is survived by her two sons, Mark Belding (Karen) and Greg Belding (Tracey) and her beloved grandchildren, Sam, Sadie, and Galen.

At Anita’s request, there will be no memorial service. Donations in her memory can be made to the Project Linus.

To send flowers to the family or plant a tree in memory of Anita Maryanne Belding, please visit our floral store. 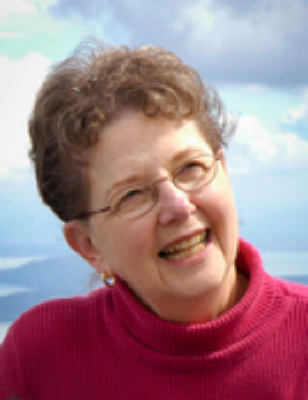 Family and friends are coming together online to create a special keepsake. Every memory left on the online obituary will be automatically included in the book.

You can still show your support by sending flowers directly to the family, or by planting a memorial tree in the memory of Anita Maryanne Belding
SHARE OBITUARY
© 2023 Linde-Price Funeral Service. All Rights Reserved. Funeral Home website by CFS & TA | Terms of Use | Privacy Policy | Accessibility