Share a memory
Obituary & Services
Tribute Wall
Read more about the life story of Winifred and share your memory.

Winifred Mayes, an elite cellist, teacher, and orchestral pioneer who inspired several generations of young cellists, died on Tuesday, December 15, 2020 in Sequim, Washington.  She was 101.

The cause of her death, at home, was congestive heart failure, although she battled myasthenia gravis for many years.  Through all of her health issues, Wini consistently maintained a cheerful spirit, always engaging her many friends and acquaintances.

A native of Yakima, Washington, Wini studied the cello at the Curtis Institute of Music in Philadelphia with Felix Salmond and later with Gregor Piatigorsky.  Her talents were soon recognized by her teachers after a stunning performance of Popper’s Hungarian Rhapsody.

Her passion for classical music arose from a rather improbable beginning, growing up in a strict Baptist household in the farming country of central Washington.  At Curtis, she met and married Arthur Winograd, also a cellist, co-founder of the Julliard String Quartet, and later a conductor.  The demands of the quartet ultimately proved too much of a strain on the marriage, and they divorced in 1949.  At that point she accepted a position as principal cellist with the Fort Wayne Symphony, where she stayed until 1956.  Then, after emphatic encouragement from her sister, Lois Schaefer, an elite flutist with the Chicago Symphony at the time, she reluctantly agreed to audition for an opening with the Boston Symphony.  To her shock and awe, the conductor, Charles Munch, selected her from a large group of competitors, and she became the first female string player in the orchestra’s history.  She often commented that this was the highlight of her career.

In Boston, she met and married Samuel Mayes, then the principal cellist of the orchestra, and eventually moved into the first stand where they played together.  In 1964, Mr. Mayes had a disagreement with the conductor Erich Leindsorf, and he resigned from the orchestra.  Coincidentally, Eugene Ormandy was looking for a new principal cellist in the Philadelphia Orchestra, and he offered both of them positions.  There, they enjoyed playing together in one of the world’s great orchestra’s until 1973, when Mr. Mayes retired, although Wini continued as assistant principal until 1977.

Winifred Mayes was born on August 23, 1919, the daughter of Charles Frederick Schaefer and Mary Elizabeth Wherry.  She is preceded in death by her beloved sister Lois Schaefer (2020) and her husband Samuel Mayes (1990), and is survived by her son Nicholas Winograd, her daughter in-law, Barbara Garrison, step-sons, William and Joseph Mayes, and a plethora of students who benefited from her cello tutorship.  During her retirement, Wini pursued her love of the natural world with trips to Africa, Costa Rica, Ecuador, Machu Picchu and the Galapagos Islands to name a few.  With her sister, she was delighted to return to her beloved Washington State for retirement, where every summer during her working career she and Lois would explore the trails of Mount Rainier and Mount St. Helens.

Gifts in her honor may be made to the Volunteer Hospice of Clallam County, or to the North Olympic Land Trust, both in Port Angeles, WA.

To send flowers to the family or plant a tree in memory of Winifred Winograd Mayes, please visit our floral store. 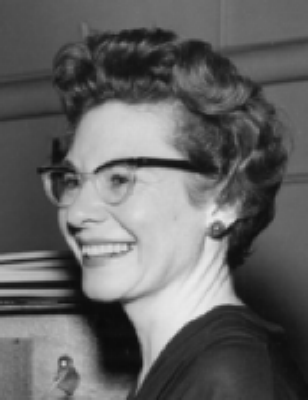 Family and friends are coming together online to create a special keepsake. Every memory left on the online obituary will be automatically included in the book.

You can still show your support by sending flowers directly to the family, or by planting a memorial tree in the memory of Winifred Winograd Mayes
SHARE OBITUARY
© 2023 Linde-Price Funeral Service. All Rights Reserved. Funeral Home website by CFS & TA | Terms of Use | Privacy Policy | Accessibility